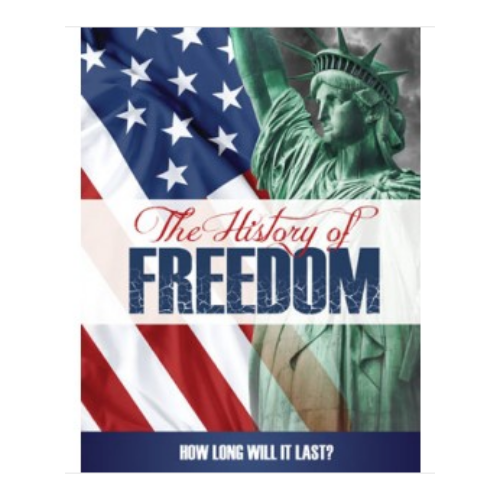 The History of Freedom: How Long Will It Last?

by Ellen G. White
In this widely read book, history and prophecy are united with clear Bible doctrines to give a startling picture of the battle between good and evil. It shows the United States of America's role in current world events and discusses issues affecting religious freedom in North America. It reveals how Satan works through governments and even religions to bring people under his control. You will discover: It reaches a thrilling climax with the second coming of Christ. This book has helped millions of people around the world to better understand the book of Revelation!